Back to the Soil 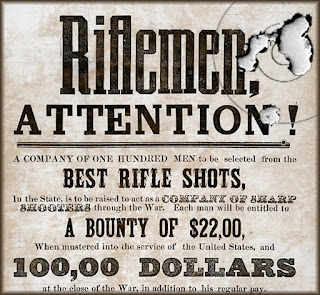 Journal Entry: Wilderness, Virginia; March 12, 1864
Spring freshet is always a time of revival near the rivers, when winter snow begins to melt. The early morning mockingbirds and rushing waters distract from the task at hand; not wise when war, from its winter rest, begins to wake. On the first day of March, the 9th Virginia Cavalry was near Mattaponi River, chasing raiders once again, and I was riding with messages between units as we searched for the elusive Colonel Dahlgren. The high waters had separated the raiders, so stragglers and skirmishers were all up and down the river. Riding along the tree line, I watched the water flow with its flickering reflections of the rising seedtime sun, mentally planning the plantings that would resume once war ends.


I felt the jolt of white-hot pain in my side before I ever heard the crack of the rifles from across the river. My horse, thinking I had kicked her hard, reared up and right, taking off in a gallop. With my saccade, she turned so completely on her haunches in confusion that I was thrown into the trees. Minutes, hours, days; unconscious or awake, I did not know as I lay face down in fallen leaves. On my left arm, a cut through my shell jacket, blood beneath, but no pain, only perfect peace. Pain became a sensation, like heat; I was now unmoved by sensation. I was not numb, simply unmoved. I attended more important thoughts; so this is how it feels to die. Perhaps I could move, but did not care to try. No pain, no cold, no wet March ground; no grim feelings at all, only the sound of the rushing water, or the sound of blood rushing through me. That low whirring sound deepened the desire to sink deep into the soft soil and leave this war. No light, no fear; only the whispers of Fredericksburg, the obsculta of Gettysburg; all unmoving, all merging with my body and sinking deeper back into the rich dark dirt.


After a time with this calm quiet, I slowly lifted my hand to my face, touching my forehead just between my eyes, to locate my center of thought; I was still alive, but completely comfortable with returning into the earth. I did not long for life; all desire and regret were over. At peace, even if no one ever found me; I was the last deep snow melting into a warming soil ready to receive new seed.


Earth to earth, ashes to ashes, dust to dust; seedtime and harvest shall not cease.


A hand reached down into the soil that I was becoming and pulled me into the sunlight. Silhouetted by the noon sun, I was sure the figure standing above me was Me; the alive Me; the Me that would not let Me leave. It was my brother pulling me back from a place that I could not leave on my own.


My brothers had arrived with a battery wagon to carry me home. They had searched, knowing that, despite my distractions and reclusive nature, I would not take hours to ride between camps. There would be no surgeon’s saw or prison camp for me that day; they tied me inside the wagon and immediately rode for home; neither army was large enough to stop them. My brothers have since returned the wagon to the front, but I am recovering here at home with my Marianna. I shall not tell her how close I was to sinking back into the soil.


While the earth remaineth, seedtime and harvest, and cold and heat, and summer and winter, and day and night shall not cease. Genesis 8:22 ~ Webster’s 1833 Bible translation
Posted by Michael Douglas Jones at 10:22 PM 1 comment: 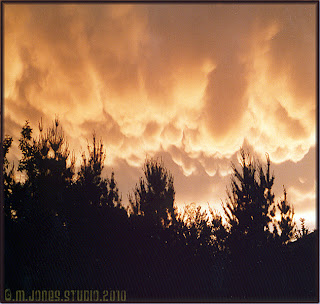 Journal Entry: Williamsport, Maryland; July 13, 1863
The swollen Potomac River has subsided; our wounded and worn army has started to cross to safety. The 9th stays behind as the rearguard. We will surely be attacked as our numbers become smaller. Like my brothers, I have an aversion to sabers, so I have added two more revolvers to my belt; fine unfired .44 Army Colts, picked up from the field at Gettysburg; fresh harvest from that orchard of death. Slippery with blood, they stained my hands, like mulberries from my favorite childhood tree.

My childhood; where is my sweet mother to wash these stains away? Could she have imagined her sons’ futures? What must she be feeling this day? She knows the fields, the fruits, the times to sow by sun and moon; she knows nothing of the field of battle with its fallen fruit. The seeds we sow are far different; the harvest in my hand is heavy and will never satiate my hunger for home. I will write home to my mother that I am once again spared, but cannot help but think of the other mothers; the mothers of the 50,000 casualties at Gettysburg, the 30,000 at Chancellorsville, the 26,000 at Sharpsburg; there were so many other battles that I did not see. The newspapers estimate over 300,000 casualties of this war and I fear the worst is waiting beyond the horizon; waiting as the mothers wait.
Death has started to surround them, suddenly, like summer storms; how could the weather change so quickly, after such a tranquil morning.
Posted by Michael Douglas Jones at 9:14 PM 1 comment:

Logic is My Lantern 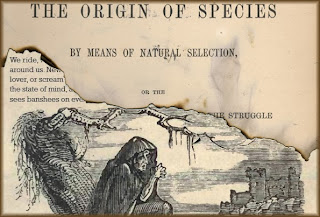 Journal Entry: Williamsport, Maryland; July 12, 1863
A young soldier’s decapitated head, floating down the rain swollen Potomac River, screaming for water to quench his thirst; I am unsure; no, I am sure it was another hallucination. New moon, no light, not possible; keep saying that; logic is my lantern. No sleep in days; I have no faith in my eyes or ears; I have seen flashes of fire from rifles that are not there, rabbits with riders running into my path; they are not there; chimera, illusions. We have been in the saddle night and day for a week; maybe a few minutes down, but then, back riding again. We eat in the saddle; we try to sleep in the saddle; I am writing in the saddle. We are worn to ruin and have not been dry since leaving Gettysburg a week ago. We are pinned against the Potomac, unable to cross; bridges burned and the rains have made the fords more dangerous than the Federal Army that has us surrounded. Our cavalry must keep riding to warn of attacks. Why the Federals do not push us into the Potomac, I do not know.


We ride, we wait, we watch the darkness around us. New moon nights can whisper like a lover, or scream like a banshee. All depends on the state of mind, and a mind deprived of sleep sees banshees on every tree branch. I stay logical, but my grandmother’s Welsh legends loom large in my learning and rise without rest.


High water floods the fords preventing the pathway home. I have listened to the whispers of nature since Fredericksburg; perhaps the river is now telling me I cannot go home; ever. I cannot think; my eyes are bleary, my horse sways from exhaustion. Illusion; whispers; which is truth; which is tricks. My throat is dry; I cannot quench this thirst, but I will not go down to the river tonight. 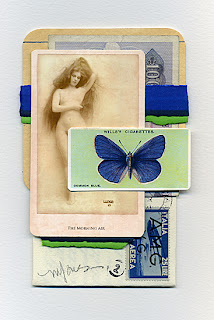 In addition to the 2011 Sesquicentennial Journal Exhibit, which from now forward will be called The 150 Project for obvious reasons, I am still working on two other collage series; The Scent of Pear and The Beekeeper’s Boy. I took some time away from blogging the last two weeks to produce new work and open online shops that sell my originals and reproductions, because funding for the 150 Project fell through due to the struggling economy. The exhibit is still scheduled for September, 2011.

Struggling; the media always makes life seem like a struggle, a fight, survival. If I turn on the television at 5AM to check the weather, the news is always about the struggle and the fighting. It is not a promising way to start the day. This morning, I didn’t turn it on at all and it made quite a difference in my attitude. I will learn the important news soon enough, but no longer will it be my wake-up call.

Before I rise, I have found it helpful to remember these words by Chinese Zen master Ta-Hui:

“In the mornings before they've opened their eyes and gotten out of bed, when they're still only half awake, their minds are already flying about in confusion flowing along with random thoughts. Although good and bad deeds have not yet appeared, heaven and hell are already formed in their hearts before they even get out of bed. By the time they go into action, the seeds of heaven and hell are already implanted in their minds.”

I don’t have to say the entire quote; I can simply think, “Today, shall I create heaven or hell?”, and then try not to forget my answer when I look in the mirror.

The above image is "The Morning Air. 2/5", from the collection of Jennifer Valentine.
Posted by Michael Douglas Jones at 1:43 PM 3 comments: