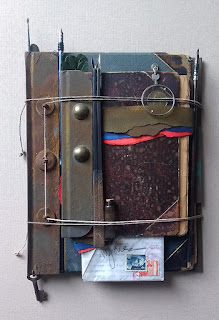 We are the waking; taking our first full breath.

Breathing in, we are the blending of all books,
the scribbling pencil points,
the overwhelmed annalists listening for the silence
between crow caws and motorcars.

Breathing out, we are this that is not named.

Breathing in, we are the gathering of grace;
the last scribes in the retinue, tallying the miracles,
illuminating manuscripts of unseen symphonies from
early morning mockingbirds.

Breathing out, we are this that is not named.

Breathing in, we are all that ever was.

Breathing out, we are all that ever will be.

Breathing in, we are. 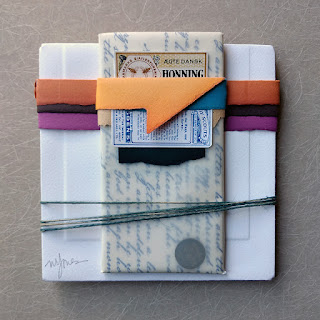 There was a time when I planned an Art & Essay show called The Blacksmith and The Beekeeper’s Boy. They represented two different aspects of life in the mid-nineteenth century and, for that matter, in this twenty-first century, perhaps all centuries. My grandfather was the last blacksmith in our long family line of blacksmiths. In 1950, my father could not raise a family as a blacksmith, so he tried many hats; fireman, farmer, grocer, union steward, jouster, and beekeeper. I am that beekeeper’s boy.

The blacksmith represents the technological, steampunk outlook of the future, where wondrous worlds will be hammered on the anvil of innovation, where invention will conquer any problem and make life an easy existence where we but ask, and invention obeys.

The beekeeper’s boy represents the timeless sense of nature where seasons drift into seasons, and life is fine as it is, slowly flowing forward as the river runs, moving to the ocean to join an even greater sea of life.

I am a child of these two aspects, searching for my place in both of their worlds; a somewhat bipolar existence, where I am content in neither world. It is this discontent that makes life painful, yet makes art possible.

The exhibit changed into the UNION, Art & Essay show that traveled the region. I may revisit the subject; I sold one of the pieces last weekend in the SKETCHBOOK exhibit at Gallery 322 and discovered that I had not photographed, or written about, the pieces that were completed.

Below are some of the notes on that series:

The beekeeper’s boy sits in the meadow,
in the murmur of the moment;
watching the movement of rising and falling;
the bees, their being, and non-being.

Watching, waiting, listening for the bees.
Was that their whisper,
was that the wind,
or just the whir of white noise.

The beekeeper’s boy, who raised this rabble,
must now give them up.

The queen is quietly mercurial;
the swarm is more like mayhem.

Still, he had seen the miracle
moving through the meadow.

The beekeeper’s boy sits in the meadow, in the moment;
the minute hours of this moment,
where future will not arrive, and past no longer matters.


Still, he had seen the miracle


moving through the meadow.

Posted by Michael Douglas Jones at 2:17 PM No comments: 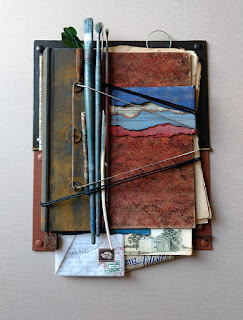 
In the muted colors after morning, softened by the mask of sleep, I first saw the artist’s muse. It was the day of the amber light from the solar eclipse, and I had overstayed in bed again, eclipsed myself by dark depression, unable to draw, unable to look at my pencils and papers.

My eyes were closed, but a whisper woke me, then she flowed down around me, surrounding me with her scent, focusing me on her smile. She whispered, “Let me do that,” and started to move her hands around me, tai chi around me, long hair above me. She moved her hands through me as though I was a cloud. She knows I am vapor; her waves flow unobstructed through me and I lose my breath, lose my voice.

In my silence, she spoke again, “With the first sketch in your mind, you think that you and I are two, when we are one. Don’t look for me; I am here. I walk with you, not behind or beside, but with you, closer than a Doppelganger.” Then her hands melted into mine and we took up my pencils, drawing black and white sketches of foregrounds and backgrounds that blended together, like a teardrop in an ocean. It frightened me, for I could not see her face; as I cannot see my own eyes. I was not ready to blend together, to be one thing without separation.

From the teardrop, she again became separate and floated across the room. As I reached out to her, she moved toward the door, with my sketches in her hand, saying, “Don’t look for me, I am always here.” I did not believe her and rushed to lock the latch, but she had disappeared into the forest where there was no path. I brought out a lantern to light the day that was night in the solar eclipse, but I could not find her path.

Now my fingers reach out in the cool of the middlenight and feel her heat, but I cannot see her. I leave gifts outside the locking latch; I wait; I worry; I press my palms against my head, but until I believe her and again become vapor, I will not see her, though she is soft in sleep beside me.

✎…
Posted by Michael Douglas Jones at 10:13 AM No comments: