Journals of The Blacksmith and The Beekeeper’s Boy 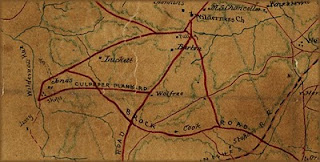 The Delaplaine Visual Arts Center has asked me to consider an exhibit commemorating the sesquicentennial of the American Civil War. The center will be working with Frederick, Maryland’s local museums and historical societies to produce programs to attract the tourists that will be in the region during the next five years visiting the battlefields of Maryland. These programs would connect the events of 150 years ago to what is happening in all aspects of the arts today.

More than twenty years ago, I spent a few years doing history painting, specifically Civil War paintings and am not interested in doing that again, but I am eager to create work that relates the life experience of 150 years ago to a very similar, but seemingly different experience today, so this project will not be about battles on the field; that has been well documented. This will be more about the thoughts of people on the verge of great change in the world.

As the Civil War was brewing, great minds such as Walt Whitman, Charles Darwin, Thomas Eakins, Arthur Schopenhauer, Lorenzo Langstroth and Mark Twain were expressing new ideas that would forever change our thinking. The world was about to move from the country to the city, from the farm to the factory, from nature to technology… 150 years later, the green movement longs to reverse that shift.


So here in 1860, we have young people preparing to leave their homes, most for the first time, as they went off to war, not only seeing new places, but being exposed to new ideas that would create an entirely new America.

At this point, I am planning a series of 24 collage pieces that follow a journey through the fictional journals of the blacksmith and the beekeeper’s boy, two Confederate Cavalry couriers during the American Civil War. The characters are based on Issac and James Walker Jones from The Wilderness of Spotsylvania County, Virginia who, along with several of my other ancestors, joined Company E, 9th Virginia Cavalry. While these two ancestors are real, the story and artifacts will be completely my own musings on the mid 19th century. This project is in its infancy, so it could change completely, and probably will. I hope this blog will keep my thoughts organized.
Posted by Michael Douglas Jones at 11:31 AM