Whispers in the Whirlwind 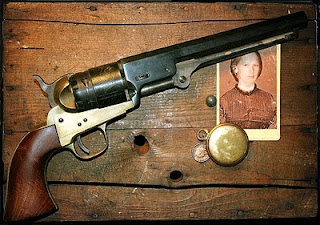 A two day ride brought our regiment into Fredericksburg this dawn, moving across the Massaponax Creek, until the morning fog lifted, revealing what seemed to be the entire Federal Army artillery just yards away. We quickly splashed back across the creek as Major Pelham wheeled two cannon into our front as though they weighed nothing; spinning them around to open a whirlwind of fire against the whole of the Federal army. With two guns, then one, he held off their advance and saved our lives. The fog was rapidly replaced by the drifting, acrid brume from Federal batteries on both sides of the Rappahannock. Our regiment spent the day supporting Major Pelham’s guns. As I carried messages back and forth between Hamilton’s Crossing and General Lee’s command post on Telegraph Hill, I could see the results of yesterday’s unimaginable and almost total destruction of our beloved Fredericksburg. Further beyond my imagination was the dutiful march of row upon row of boys in blue reduced to red heaps as thousands fell at Marye’s Heights. Finally, as evening approached, I could watch it no more and gave Shortcake a leg, turned on her haunches to the right and rode west to the heights above the city.


I could not shake this scene from my senses; we ride and march about this country en masse with chests puffed out, behind shiny shoulder straps boasting of battles with grand artillery and all of the mayhem that industrial progress can muster, but tonight, when we look into the winter sky, we should feel ashamed at what we have wrought. What must the small children and weary women of Fredericksburg be thinking as they huddle, hidden in their once happy homes upon this killing ground, surrounded by the moans and screams of those boys clawing at their doors or left on the field below the heights; their last breath visible in the cold winter air.


We first ask them to send off every boy and man, leaving only the very youngest and very oldest, and then the boys return, bringing the battle to their doorstep, as though we were not content to let our mothers use their imagination; we want them to experience hell here at home.


I tied Shortcake to a naïve sapling and sat for a while as the pop and roar of arms died down. I took out my Colt and thought, for just a moment, that I could end this hell, at least for me. I could extinguish my lantern, be among the missing; deeper in the trees, no one would find me; the sapling would grow and over the years consume me, so that one day I might provide a little shade for some survivor of this absurdity. I laid the pistol beside me and reached for my pencil instead. For solace, I took to my journal, to lose myself in my writing, “Come children; join our parade; bring your mothers that all may see our folly. Come children …”


And then, quiet. A quick quiet transforms the landscape. I look back to the winter sky and an event rarely seen this far south fills the dark horizon; the northern lights, aurora borealis, a miraculous sight at any time, but truly awe inspiring at this moment. With the coming of the lights, the moans and screams have disappeared. At first, I think perhaps the roar of Pelham’s cannon has deafened me permanently, but this is different. I hold my pocket watch to my ear; I can hear it ticking; seven o’clock. Something celestial has indeed descended and all seems at peace, as though the vast vault of heaven was pleading for no more murder, no more mayhem; perhaps a final sign to those mortally wounded and still on the field, seeing with dying eyes, faintly hearing the ethereal angels’ calming call within those lights, “This too shall pass. Be still; be at peace; dissolve back into union with your ancient mother.”


The complete quiet is replaced by the softest whir of wind, or is it a whisper; no, not one whisper, a dozen whispers, then a thousand. It must be in my head; there is no one within a hundred yards. I continue to write, soothed by the scratching of pencil on paper, but the whispers remain, as though I could hear everyone upon the earth and beyond it as well; the whispering angels, the mothers, the children, the dead, and the nearly dead; they speak as one, yet I cannot understand their words. I look back to the sky; the northern lights still a shimmering green glow; not a mirage; I see many men below the hill pointing to the sky; do they hear the whir of whispers. I recheck my watch; still ticking; still seven o’clock, still this moment, though I was sure many minutes had moved past me. I have been stilled by this distant flame; touched by this light; we have all been touched this night.


What am I to make of these whispers? They could be calling all, or me alone. Am I to join them; am I already dead and do not know? Slowly, the lights soften to black, the whisper blends with the winter wind; I wrap my wool around and wait to wake tomorrow. Or not.

I am awake; awake, yes, I am sure of it; I feel the cold air as I breathe in. I breathe out; yes, awake and alive; I breathe in the smell of morning campfires from below the heights.


Those whispers are no longer constant in my ears, yet they will be constantly in my heart and part of my voice. The whispers are softer now, coming when I listen, between breaths, in the purl and trickle of the creek, in the trill of the unseen junco, even in the slightest zephyr moving through the white pine. I will live for those whispering, live for them, as they have died for me.

Today there will be much moving about, removing the dead from the fields, removing the armies to regroup. I will lose myself in the commotion and try, once again, to find Marianna. My wish is that I could be like the Dickens’ ghost of Christmas future and take Marianna forward in time where surely there will be no more wars.


A Christmas Carol, a novella by English author Charles Dickens first published by Chapman and Hall and first released on 19 December 1843.

My thanks to Kelly Letky for her inspirational comment that led me to add this next morning entry.