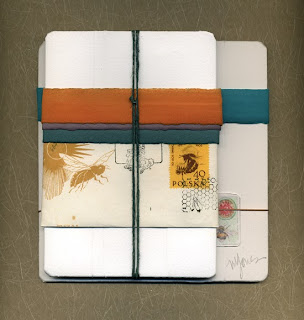 Journal Entry: Brandy Station, Virginia; June 10, 1863
For months, The 9th Virginia Cavalry had become like phantoms, in all places at once. The rumor that we were riding was as real as if we were. If the opposing commanders believed we were in the area, they turned and retreated as if we were at their flank. A well placed lie whispered by the women of the town was as good as the truth. We loom large as legends, whether we rode with Rooney Lee or JEB Stuart himself.


This week, the whole of the Confederate Cavalry paraded before General Robert E. Lee at Brandy Station. Never had I seen so many horsemen; there were near 9,000 men charging in mock battles as the colors waved, the ladies swooned, and there at the front of it all was the beau sabreur, General J.E.B. Stuart. We paraded as the invincibles, superior to all, Stuart’s Star, the bright light of Lee’s Legions. Alas, parades are pretend, a play upon a stage; once we dismounted, the men and their mounts were exhausted. We are daring, but depleted. The whole of Virginia is depleted. There is little food and no rest for horseman or horse, but to reach the third act, the second act must be played out, no matter how terrifying, no matter how reluctant the players. Thus, continues the second act…


The dark before next dawn brought, charging across the river, a Federal cavalry force, even larger than our own; perhaps 11,000 Federal troopers in what became an unimaginable grotesque lasting from 4am until nightfall. A hornets’ nest of sabers and pistols; the buzz and whistle of savage stings all around our heads; arms flailing wildly with reins in one hand, a sword in the other; wild-eyed horses colliding in confused canter. Many boys were half dressed riding bareback, because they were just waking, running into battle. A more sanguinary scene I have never seen. Dante and Virgil witnessed a lesser hell than this.


In the aftermath tonight, I look around this camp, hear the whispers, and see that we are what Dante and Homer called the Shades, the shadows of the dead. No longer the invincibles, we are torn, bloodied, defeated even in victory. Truly, we are the shades, or in Latin “umbra”, but actually, we are “penumbra”, almost shadow; the dead that do not know yet they are dead. We appear to be everywhere when we are nowhere. If we are to join the shades and whispers, may it not be in the shadows; I must bring these boys back into the light.