It was twenty years ago today... 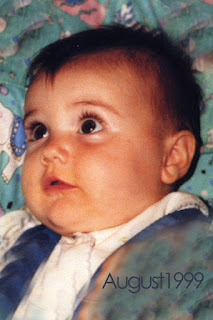 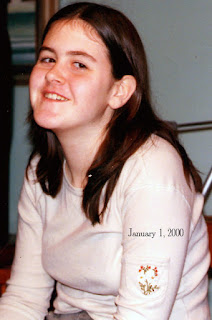 Time it was
And what a time it was, it was
A time of innocence
A time of confidences

Long ago it must be
I have a photograph
Preserve your memories
They're all that's left you.

I would like to think that most people would react the same, given the situation, but from the reaction we got at the time, maybe they would not.

I suppose I was like that myself at the time. When Teri, my wife's niece, called from Florida to say she needed to get away from her mother's house, because her stepfather was abusing her, my first thought was that we couldn't possibly afford to raise two more children. As an artist, I had never sought financial success; I was working on creative success. My wife, Marianna, had always worked hard to make up for my small income. She is the saint in this story.

Twenty years ago, today, on August 5, 1999, Teri, who was 15, arrived with her five month old daughter, Joyce. Marianna's brother, John, paid for an airplane ticket, without hesitation, to bring them back to Maryland.

On that very first day we met, our lives changed on the deepest level. Twenty years later, these two children have grown into adults, and become independent, making their own way into this world.

One never knows how life can change overnight. I would have it no other way.