Beyond the Hawthorn Walls 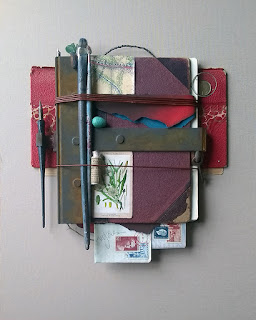 Winter will be coming on, the last red summer sun rises, one hand high above the tree line, and in the valley, whitetails are leaving for cooler grazing ground. I am where I was yesterday, my brim pulled low over my eyes, waking, as sun slivers find me, slicing me, scorching me deep in my own hardwood prison.

For hours, days, weeks beyond measure, I struggle, crawling out through the claws of the hawthorn thicket, my blood still on its briar, its seeds still on my shoes, until, just outside its grasp, I rest on the ridge of tall grass and chicory for a time, beneath the daystars of Queen Anne’s lace, where hope hangs overhead, and I can breathe it in long enough to forget.

By twilight, the deepest cuts have dried, the blood has blackened; I am weak, seeking sustenance, and eating fallen berries, before fading back into the fitful sleep of guilt and despair.


As dawn wakes me, the hawthorn seeds have grown around me and I am once again in the thick of it. Day upon day, I crawl homeward, and night after night, the thicket grows, with me at its middle. 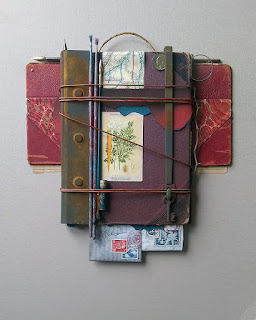 Beyond the Walls ~ L'assemblage by Michael Douglas Jones  ©2019

Beyond the briar walls, a staccato of cicada fades in and fades away. Blackbird and wren build nests above me; they welcome the thorn, the berry and branch, a fortress from feral cats. Field mice skitter in and around the quickthorn, while, slowly, the cats, patient predators, circle the perimeter.

Bindweed wraps looptight around the branches and draws bumblebees to its bloom brights by morning, and whitetails to its leaves in evening. This unlikely troop follows up the ridge, as each day I grow another vaulted hell, another solitary cell of cyanide seed and cockspur. The lot of us, a hedgerow of outsiders advancing, almost imperceptibly, in a parade of black hearts and blue blacked wings with the devil’s coach horse at the front, and sow bugs and buzzards as the rear guard cleaning the bones of the no man left behind.


Pensée follows a furlong behind this rain parade; my last muse, scarred and bruised, patiently collecting the remnants of my life in her broken bone bag. She says it so simple, “Wipe your shoes,” and I will, but not well; the seeds still take root. She cannot fathom that I wear my father’s hand me down genes, and carry seeds of hawthorn and Osage orange in my pocket to grow my own thickets of thorn, when I need to bleed, when I need to feel his strap on my back. 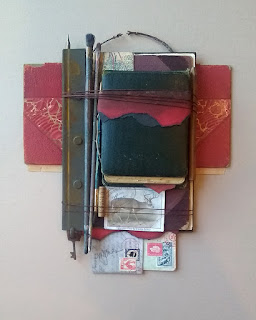 It was not always this way. We once walked the long line, three hundred years of follow thy father, until that path was paved over, the plank road replaced with asphalt and abstracts. A family of seeders in a world of cash crops and cotton gins, blacksmiths in a time of motorcars and aeroplanes, my father and I were not like the crows that adapted; we strayed from the rattle and chatter of the city. Pensée says it was our weakness, like bread and beer, but it was our hearts, broken by the babble of brimstone, and left searching for a home to sit in peace with the silent sermon of nature.

There was no home, once my father took to his potion, moonshine mixed with peaches, stoppered in bottles, sealed with paraffin, and in time, I took to it too. I hated him for it, and he hated himself and everyone else. He left to fight the world at their center, in the city, and I went deeper into the woods of my own world, where even love would not find me. We both arrived at the same broken center, my father poisoned by toluene gin and I, drawing my own black and blueprint, designed this prison of thorn.


But winter will be coming on, the weather will cool, the growth will slow in the shorter days of autumn; let it take lifetimes, I will make my way home to Pensée and the silent sermon.

Posted by Michael Douglas Jones at 10:54 AM